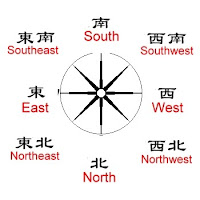 An email arrived in the inbox recently asking for some good arguments to present to a 15-year-old on why she should study Chinese as her foreign language in high school. A great question!

A lot of parents suggest to their kids to take up Mandarin as a way to prepare themselves (and America!) for the future. True, and easy for parents to say, since it is the kids who will be putting in the hours in classes, in the language labs, and with character practice.

So, what are some honest reasons to study Chinese that might appeal to a teen-ager -- especially when Chinese has the reputation of being a really difficult language?

Here are 8, ba, (pronounced "bah") reasons. 8 just because it is an auspicious number in China.

1. The grammar is easy. Chinese doesn't bog itself down with inflections: no verb conjugations; no noun declensions, no gender or case endings. Here is how easy it can be: In English, the different forms for the third person singular pronoun include he, she, it, him, her, his, hers, its. In Chinese, ta (pronounced "tah") covers all these.

2. Chinese lets you look at the world in a new way. You discover that things once thought to be "given" are not necessarily so -- like when  man realized the world wasn't flat and the planet Earth wasn't the center of the universe. Today, in the West, we are used to seeing maps and compasses with North at the top. In China, maps are often presented with South at the top. And also, the East-West axis dominates, and East and West come first in descriptions. So, you would say in Chinese that the bus stops at the Eastnorth corner of the intersection (when you mean the Northeast corner). And orientation of place zooms in from big to small. For example, an address on a letter is presented in this order: USA > Virginia > Virginina Beach > Main St. > Number 12 > Apartment 105 > YOU! And when small Chinese kids go to the beach to dig in the sand, their parents say, "If you dig deep enough, you'll get to America!"

3. Chinese can be fun and funny. Much of the vocabulary consists of compound words. We have lots in English, too, words like sunglasses, threadbare, brainstorm, and skyline. But Chinese has many, many more. They often draw up funny images, and they're easy to remember. Some of my favorites are compounds that are made up of two words that are opposites. For example, huxi = hu (exhale) + xi (inhale) = breathe; gaoai = gao (tall) + ai (short) = height; daxiao = da (big) + xiao (small) = size. I also like yanhong = yan (eye) + hong (red) = jealous; tianqi = tian (heaven) + xi (breath) = weather.

4. Rude is polite. Forget saying please. Forget thank you and excuse me. You won't need those words in Chinese, because they are seldom used. Just dive right in and ask "gei wo yan", which pretty much means "Gimme the salt!" Or "bu yao", which means "Don't want!" and is an appropriate answer when a hawker is trying to sell you fake watches or when a waiter asks if you'd like a beer.

These are 4 good reasons for now; 4 more coming soon.
Posted by Deb Fallows at 4:49 AM